Turquoise A talisman or a stone of life?

Turquoise is perhaps the oldest gemstone in human history to have been used as a talisman for power, success and protection from evil spells. This gem is deeply rooted in history and has been called the “stone of life” in Egyptian beliefs. Four necklaces which are among the most ancient jewelry in the world, have been discovered in the hands of the mummified body of an Egyptian queen who ruled around 5500 BC.

This stone forms a bridge between various cultures; in ancient Egypt, ancient Iran, the Shang Dynasty in China, and among many Native American tribes, this gem has been revered as a stone of fortune and charm. Archaeological findings show that the early inhabitants of the Western Hemisphere were also familiar with the properties of this gem and used it for luck and health. 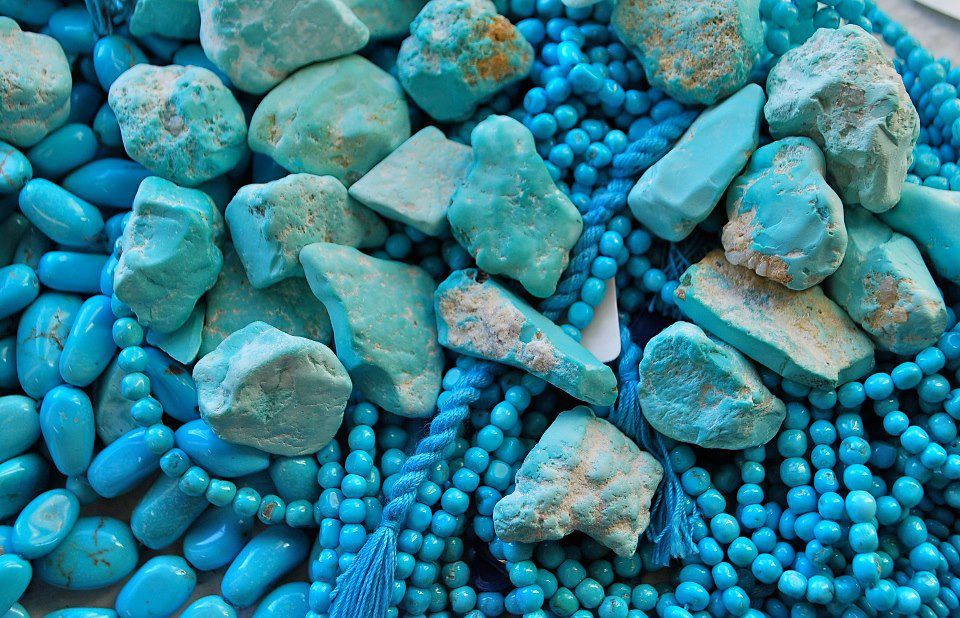 Beliefs in turquoise in the Orient

This gem has been the source of many ancient beliefs over time. The Indians believed that putting a turquoise ring on the little finger and looking at the new moon would bring a lot of wealth. In the third century, people believed that this stone had a power that could protect its owner from falling off a horse and preventing fatal accidents. Turkish and Iranian horsemen also tied it to the horse’s bridle like a spell to prevent the side effects of drinking cold water when the horse is overheated.

The change in turquoise color was interpreted as a sign of female infidelity. The Arabs believed that in clean and healthy air, this gem can be seen brighter and in polluted and dusty air, pale. The Iranians believed that the light of the new moon on its surface would bring good luck to its owner and protect man from evil. 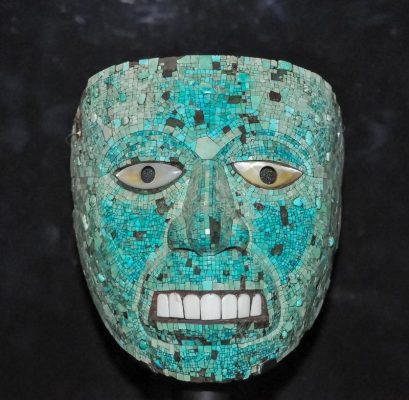 Native Americans, such as the Aztecs, Incas, and Maya, worshiped this spiritual gem and used it in religious ceremonies. In this picture, you can see the Aztec masks that they wore in their religious rites. The ancient Egyptians considered it a symbol of wealth.

The Zoni Indians believed that turquoise could protect them from demons. The Navajo people threw it into the river to fertilize the clouds for the much-needed initial rain, while praying to the Lord of the Rains.